When I'm president, I intend to keep in place the moratorium here in Florida and around the country that prevents oil companies from drilling off Florida's coasts. That's how we can protect our coastline and still make the investments that will reduce our dependence on foreign oil and bring down gas prices for good.

Today, the "Obama administration is proposing to open vast expanses of water along the Atlantic coastline, the eastern Gulf of Mexico and the north coast of Alaska to oil and natural gas drilling, much of it for the first time," including off the coast of Jacksonville, where Obama offered that statement.

Just Amazing!!! what happened to all your promises ? How can public trusts his words next time around?

STATEMENT: “We've got a philosophical difference, which we've debated repeatedly, and that is that Senator Clinton believes the only way to achieve universal health care is to force everybody to purchase it. And my belief is, the reason that people don't have it is not because they don't want it but because they can't afford it.” Barack Obama, speaking at a Democratic presidential debate, February 21, 2008.

STATEMENT: “These negotiations will be on C-SPAN, and so the public will be part of the conversation and will see the decisions that are being made.” January 20, 2008, and seven other times.

EXPIRATION DATE: Throughout the summer, fall, and winter of 2009 and 2010; when John McCain asked about it during the health care summit February 26, Obama dismissed the issue by declaring, “the campaign is over, John.”

STATEMENT: “No family making less than $250,000 will see any form of tax increase.” (multiple times on the campaign trail)

EXPIRATION DATE: Broken multiple times, including the raised taxes on tobacco, a new tax on indoor tanning salons, but most prominently on February 11, 2010: “President Barack Obama said he is “agnostic” about raising taxes on households making less than $250,000 as part of a broad effort to rein in the budget deficit.”

STATEMENT: Then-Senator Obama declared that a recess appointment is “damaged goods” and has “less credibility” than a normal appointment. August 25, 2005.

EXPIRATION DATE: March 27, 2010: “If, in the interest of scoring political points, Republicans in the Senate refuse to exercise that responsibility, I must act in the interest of the American people and exercise my authority to fill these positions on an interim basis.” 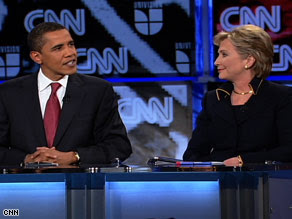 We've got a philosophical difference, which we've debated repeatedly, and that is that Senator Clinton believes the only way to achieve universal health care is to force everybody to purchase it. And my belief is, the reason that people don't have it is not because they don't want it but because they can't afford it.

All statements from Barack Obama come with an expiration date. All of them.

More parties at the White House 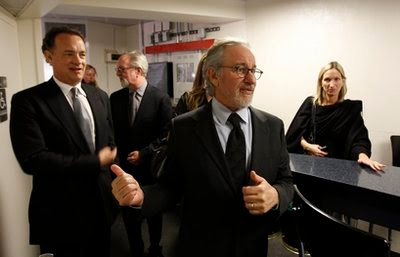 The most discounted President ever!!!!and they were making fun of Bush and his vacations, at least at the time the unemployment was not 10% , it was in low 6%!!!
Posted by mom & pop bloggers at 6:44 AM